ViMove for Ukraine: Viessmann employees get active and help people in need

Today, a new round of ViMove for Climate starts. | This time, the achievements will not be converted into trees, instead they will be converted into donations. | Every running kilometer contributes 1 euro to the total sum. 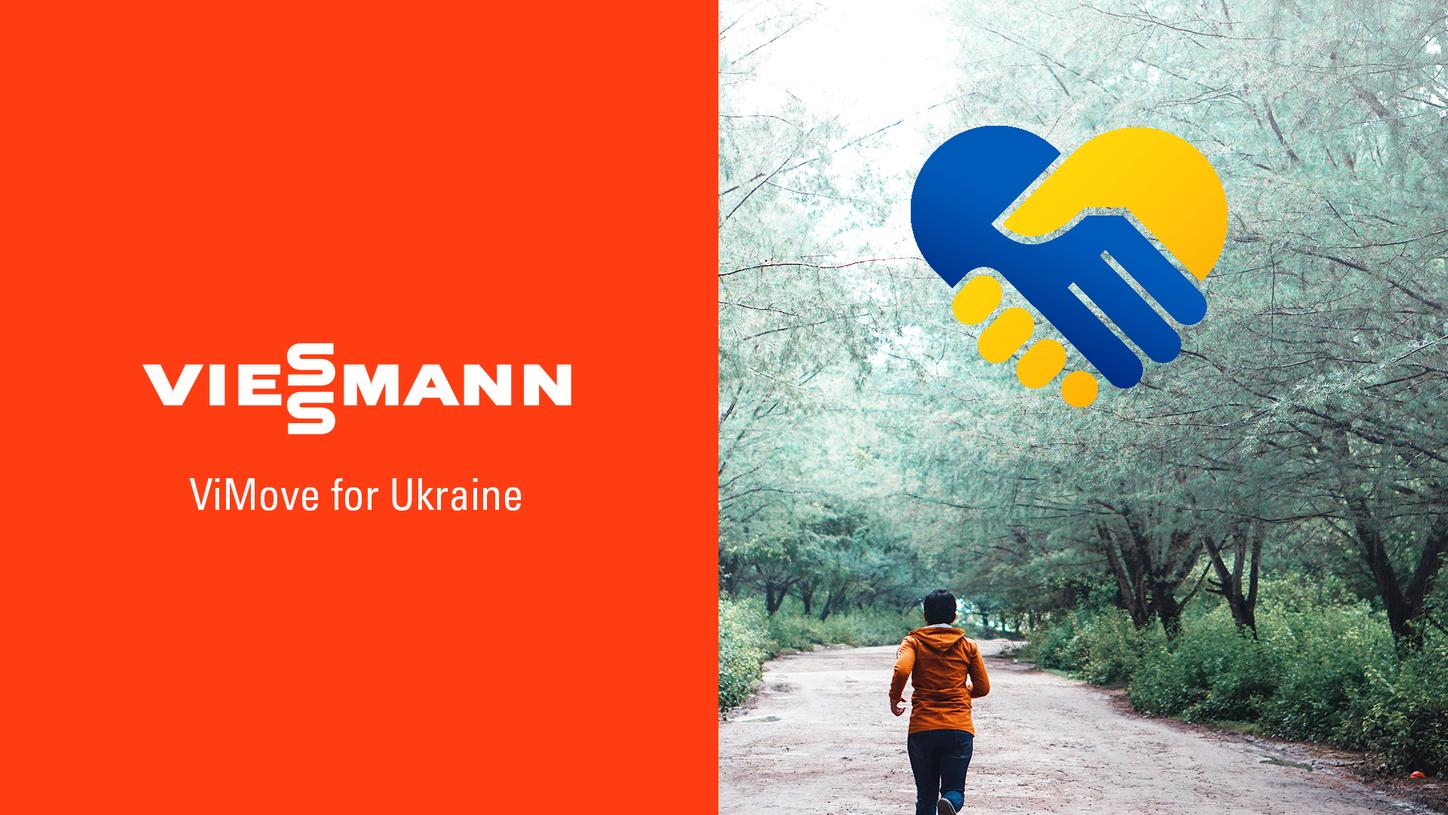 Allendorf (Eder) – Today the large worldwide Viessmann family is starting a new round of the successful ViMove for Climate initiative. The big special feature this time: the achievements made will not be converted into trees, but into euros, which will benefit people in need in the Ukraine. Every kilometer or every minute of sporting activity counts – for example, for every kilometer run or three cycled, 1 euro will be donated.

Solidarity with the Ukraine: Viessmann donates money instead of trees

For four weeks now, the tragic events in Ukraine have turned the world upside down. The suffering of the people affected is immense. Money is urgently needed to alleviate the dire humanitarian emergencies. ViMove for Climate was launched about two years ago to raise hope and take action together in the then new Corona crisis situation. Even though the current challenge is completely different, the company and its employees will continue to make a difference with the new ViMove round and help where it is most urgently needed. The success of ViMove can be seen in the fact that the initiative was previously able to walk 1 million trees in a short time thanks to the commitment of employees and external participants.

This time, again – in addition to Viessmann family members – relatives and friends can join in. Every activity is important and makes a valuable contribution, no matter how small it may seem.

Donations can be collected for the big common goal via the specially developed ViMove app. The app is available for download – under the name ViMove – for both Android and IOS. In addition to German and English, the app is also available in other languages. The campaign is active until 100000 euros are reached.

In order to use the money in the best possible way, the ViMove for Climate team is currently consulting with the Viessmann Foundation and developing a viable concept.

It is also already clear that the next round of ViMove for Climate will again give people the opportunity to donate trees for climate protection. These will then be used for the reforestation of forest and moorland areas in Finland and Canada.