Sol4City research project with the University of Stuttgart 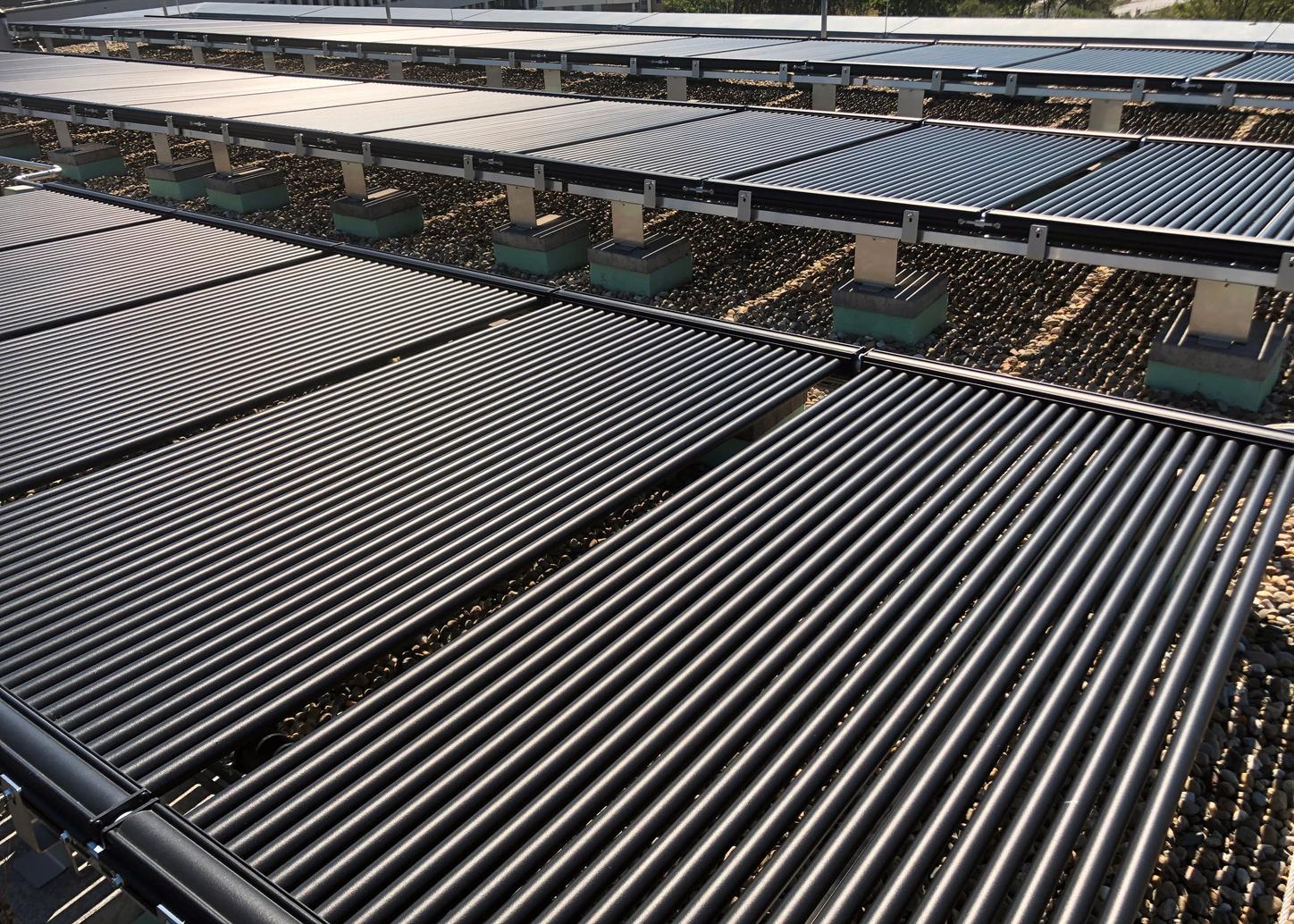 Allendorf (Eder) / Stuttgart – The research project “Sol4City” is being carried out in collaboration with the University of Stuttgart. The project’s aim is the further optimization of existing Viessmann products like ice energy storage systems, heat pumps, controllers and solar air absorbers in connection with anergy networks (cold local heating).

Cold local heating as the basis for innovative supply concepts

The basis of the “Sol4City” project’s supply concept is an anergy network of heat pumps, which, in combination with a low-temperature latent storage system (ice energy storage), allows for an efficient use of renewable thermodynamic energy sources. Anergy networks are heat supply networks that are operated at relatively low temperatures, between around -5°C to +20°C, and primarily serve as heat sources for decentralized heat pumps.

The central components of the total heat supply systems to be newly developed for both new and existing buildings are the anergy network and Viessmann’s ice energy storage systems, heat pumps, solar air absorbers and the multivalent system controller Vitocontrol. The focus of the “Sol4City” project is on the combined use of available technologies and the components to be newly developed for the total system, such as highly efficient vacuum heat insulated DHW cylinders and an adaptive and predictive system controller. This controller regulates and optimizes the supply of both thermodynamic and electrical energy to the building or the district. In addition, the project is developing a concept for the realization of standardized latent storage systems with volumes between 100 and 2000 m³.

As part of the project, three of the newly developed total energy supply systems will be implemented in real plants and will be analyzed in detail and optimized over a period of approximately 1.5 years using measurement technology. The research project began at the end of 2019 and will run through the end of 2023.

The “Sol4City” project is supported by the German Federal Ministry of Economics and Technology (BMWi) based on a resolution of the German Bundestag through the project sponsor Projektträger Jülich (PTJ) under funding code 03ETW019A/B.