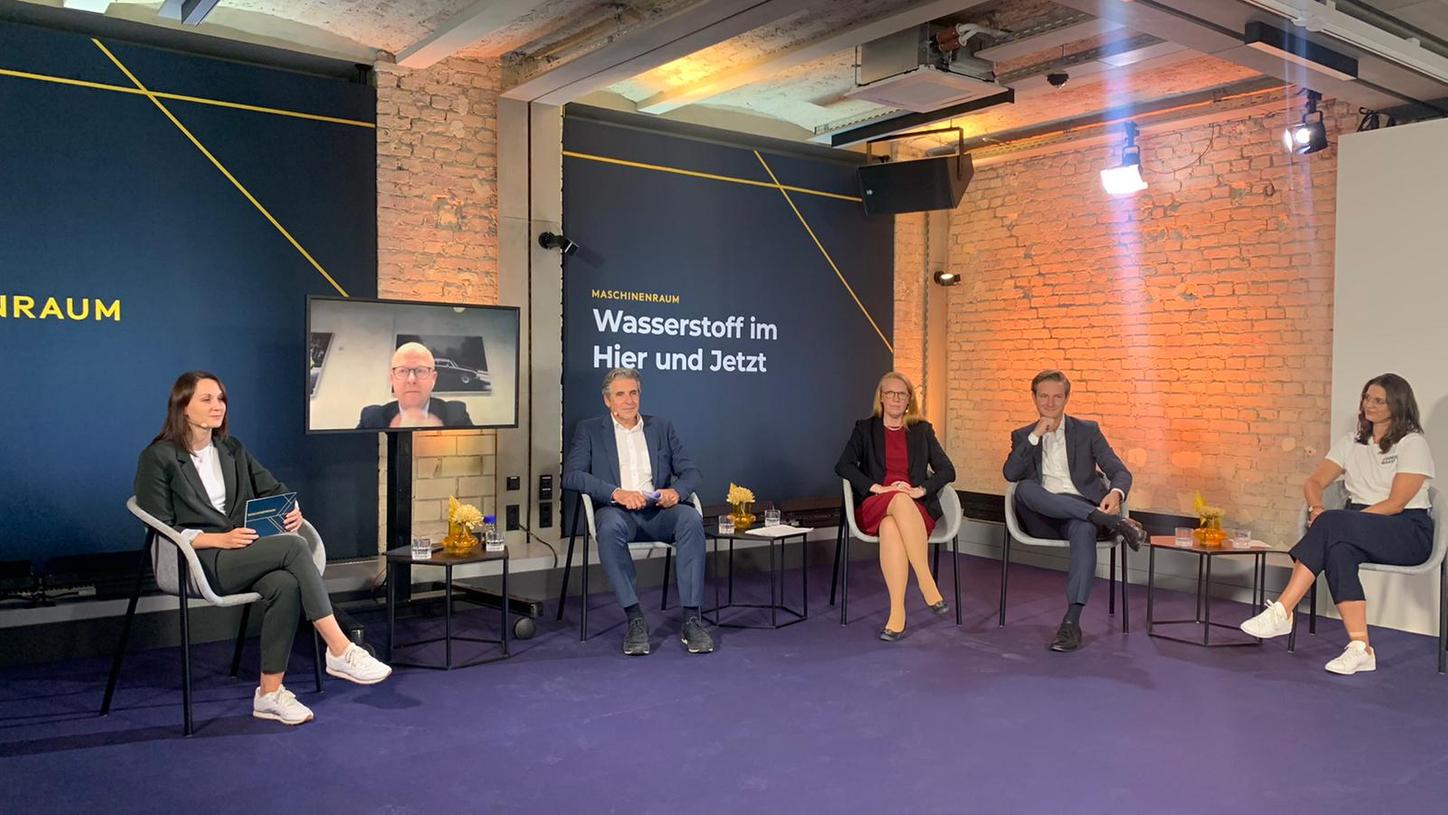 The panelists agreed that hydrogen offers considerable potential for a targeted and rapid implementation of the energy transition.

Berlin – Hydrogen in the here and now - family businesses as innovation drivers: this was the topic of the major hydrogen conference with medium-sized companies from Germany yesterday, Wednesday, at the Machine Room in Berlin. Result of the hybrid meeting, in which more than 1000 visitors participated: Hydrogen will become increasingly important for many industries and all sectors in the future. Another important finding was that hydrogen, which is produced in a CO2-neutral manner, should be available for all areas of application and should not be used primarily in the chemical and steel industries, as is the intention of politicians.

The Maschinenraum, initiated by Viessmann, is a shared innovation ecosystem that brings together German medium-sized and family-owned companies to work together to create a livable future for future generations. This is how Maschinenraum Managing Director Tobias Rappers introduced the location of the conference.

The aim of the conference was to present to a broad public the technology solutions already available today from German SMEs, particularly in the field of hydrogen, and to show the potential that this offers for Germany as an industrial location. The participants of the conference covered all points of the value chain: from production to storage and transport to application.

Max Viessmann, Co-CEO of the Viessmann Group, noted, "Today makes it clear what enormous innovative power the German SME sector has to offer." Referring to the heating market, Viessmann said hydrogen will play a central role in making the building sector CO2- neutral. He added that the use of hydrogen also helps to ensure that the heat transition is socially acceptable. This is also important if we want to create livable spaces for future generations.

Katherina Reiche, Chairwoman of the National Hydrogen Council, presented the results of this body, which was set up by the German government a year ago. She described as a real tour de force the creation of an 80-point roadmap to make recommendations to the future German government on how to successfully build a hydrogen economy as an industrial policy response to the Paris climate agreement.

Oliver Hermes, CEO of pump manufacturer Wilo SE, presented his company's hydrogen strategy. This includes not only the use of hydrogen as an energy carrier, but also the goal of making all major production sites climate-neutral by 2025. He called for the existing gas infrastructure in Germany to be upgraded for the storage and transport of hydrogen.

Dr. Jens Hanke, CEO of Graforce GmbH in Berlin, presented the plasma electrolysis process developed at his company to separate hydrogen from wastewater or digester gases, for example, and process it for further use. As an example, he cited the energy supply of the MOA hotel in Berlin, where hydrogen is converted into heat and electricity with the help of a combined heat and power unit and a condensing boiler - both from Viessmann.

Director of Technical Sales Wolf Thyssen from Sunfire GmbH presented how the carbon footprint in a steel mill can be reduced thanks to high-temperature electrolysis. With the help of this innovative technology, 100 tons of hydrogen are to be produced by the end of next year.

Ulf Henkel, CEO of EPC Technologies, reported on the increasing importance of hydrogen in the chemical industry and said, "For us as a family business, it's important to sell forward- looking technologies."

Under the heading "Hydrogen: old topic, reinterpreted," Mortimer Glinz, managing partner of SK-Group, reported on a project in Switzerland. There, 75 hydrogen-powered trucks are already being used in distribution transport by a consortium of food retail groups without government support. SK-Group not only supplies the hydrogen there, but also the filling stations.

Dr. Stefanie Kesting, Business Unit Energy at Neumnn & Esser, addressed the "National Hydrogen Market of the Future" in her use case, taking into account her company's highly complex value chain. According to Kesting, ecological profitability must be significantly increased in the future through subsidies.

Alexander Maier & Josef Paul, CEOs of MaierKorduletsch & Paul Nutzfahrzeuge, are striving for climate neutrality in the commercial vehicle sector as part of their "Next Mobility Accelerator Consortium" project. Together, they want to contribute to the energy transition with a view to hydrogen-based solutions in terms of range, refueling and utilization of commercial vehicles.

In his keynote speech, Dr. Stefan Kaufmann, H2 Innovation Officer at the German Federal Ministry of Education and Research, made clear the enormous potential that hydrogen as an energy carrier offers for Germany as a high-tech location. He put the volume of government support for the development of a hydrogen economy in Germany at 7 billion euros and an additional 2 billion euros for international partnerships - such as with Australia. Verbatim, Kaufmann said, "Germany is to be developed into a global market provider." In addition, he emphasized the importance of Germany's small and medium-sized enterprises, because it is there that the right solutions are being designed to meet the challenges.

In the concluding panel discussion, all participants agreed that hydrogen offers considerable potential for a targeted and rapid implementation of the energy transition. There will be no energy transition without a heat transition - and no heat transition without green hydrogen. There was also consensus that the potential of the heating sector in general and of hydrogen in particular has so far been greatly underestimated. If only 10 percent of natural gas consumption in Germany were replaced by hydrogen, 6.5 million tons of CO2 could be saved per year in one fell swoop. This corresponds to the annual CO2 emissions of around three million cars with combustion engines. In addition, it became clear once again the pioneering role played by SMEs in thinking and acting responsibly and sustainably over the long term - especially when it comes to the ramp-up of hydrogen.