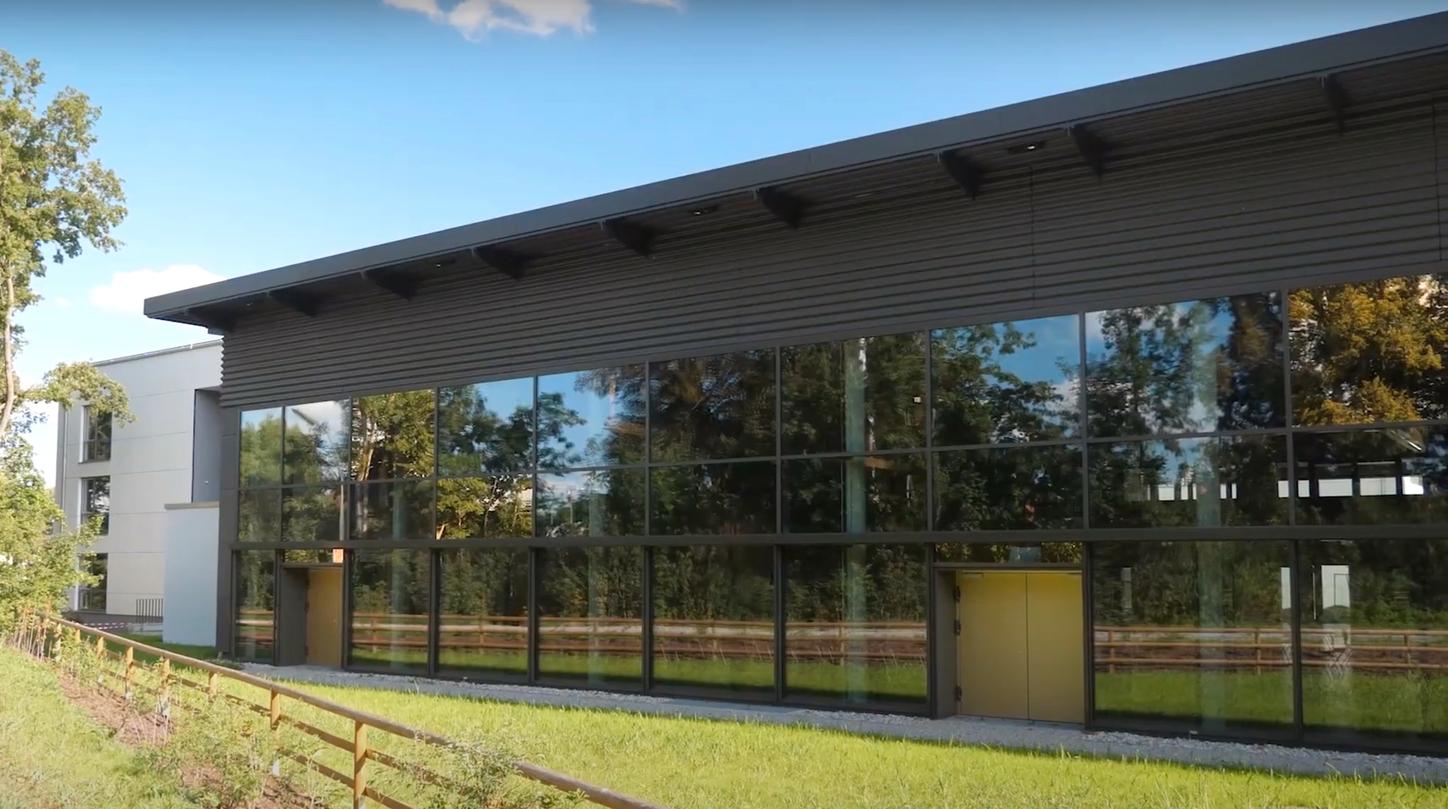 Mühldorf am Inn/Allendorf (Eder) – For the second time this year, the award ceremony of the Federal Award UMWELT & BAUEN (Federal Award Environment & Building) took place after the response was so enormous last year. Among the approximately 30 participants, the new building of the vocational school center in Mühldorf am Inn was chosen as the winner.

At the beginning of September, the Federal Award UMWELT & BAUEN (Federal Award Environment & Building) was presented by the Federal Environment Agency via livestream. The aim of the award is to recognize projects that make their own innovative contribution to climate protection or to achieving climate neutrality and at the same time take into account both the urban planning context and social aspects. The prize was awarded for the first time in 2020. There were two categories in total, firstly the category "Climate-friendly renovation" and secondly the category "Non-residential buildings", in which the new building of the vocational school center in Mühldorf am Inn won the first place thanks to its holistic energy concept as a plus-energy building and the use of innovative Viessmann technology.

Johann Schmuck from the Schmuck architectural office says: ''This project was a special challenge because we had in mind from the very beginning that we would develop an ecologically coherent overall project, which at that time was not yet as self-evident as it is now. That means that we tried to harmonize ecology, economy and design.'' And the architects fully succeeded in doing so, because the use of Viessmann's ice energy storage system (''heating with ice'') and solar air collectors makes it possible to generate energy in the summer that can then be used in the winter. ''What was certainly new here was this combination of traditional building and modern technology, where we have tried to generate the heating power ourselves through the solar collectors that we have on the roof. In this way, we succeed, or rather we have succeeded, in generating so much additional energy in the summer that we can use it again in the winter with the subject of storage,'' says Schmuck.

The technology of ice storage often causes astonished faces. Heating with ice, how is that supposed to work? The ice storage tank is buried in the ground at a depth of a few meters. Its function is to use the phase transition from liquid water to solid ice and vice versa (also called latent heat). Despite the limited space, a lot of energy can still be stored, which can be used for heating in winter, for example.

In addition to the ice storage tank and the solar air collectors, two Vitocrossal condensing gas boilers, a Vitocal 300-G Pro heat pump and the Vitocontrol control unit have also been installed. Moreover, new ventilation units were added to the classrooms, which principal Cornelia Taube is particularly pleased about: "What we were incredibly happy about during the Corona pandemic were, of course, the ventilation systems that were taken into account in the classrooms, where the entire air is exchanged within an hour at the most. There we are absolutely happy at the moment, because we know and also feel on the safe side.''

Through the conversion and the use of Viessmann technology, the vocational school center in Mühldorf am Inn has succeeded in saving resources in the construction of the building as an addition to the existing building and in acting as a plus energy building thanks to the energy concept.

Viessmann is the leading provider of climate solutions for all living spaces. The 'Integrated Viessmann Solution Offer' enables products and systems to be seamlessly connected via digital platforms and services for climate (heating, cooling & air quality) and cooling solutions. All solutions are based on renewable energies and maximum efficiency. All activities of the family-owned company, founded in 1917, are derived from the corporate mission statement "We create living spaces for generations to come". Shaping living spaces for future generations - that is the responsibility of the 12,750-member Viessmann family worldwide.