Interview with Felix Neureuther: It’s crazy that we use ice for heating! 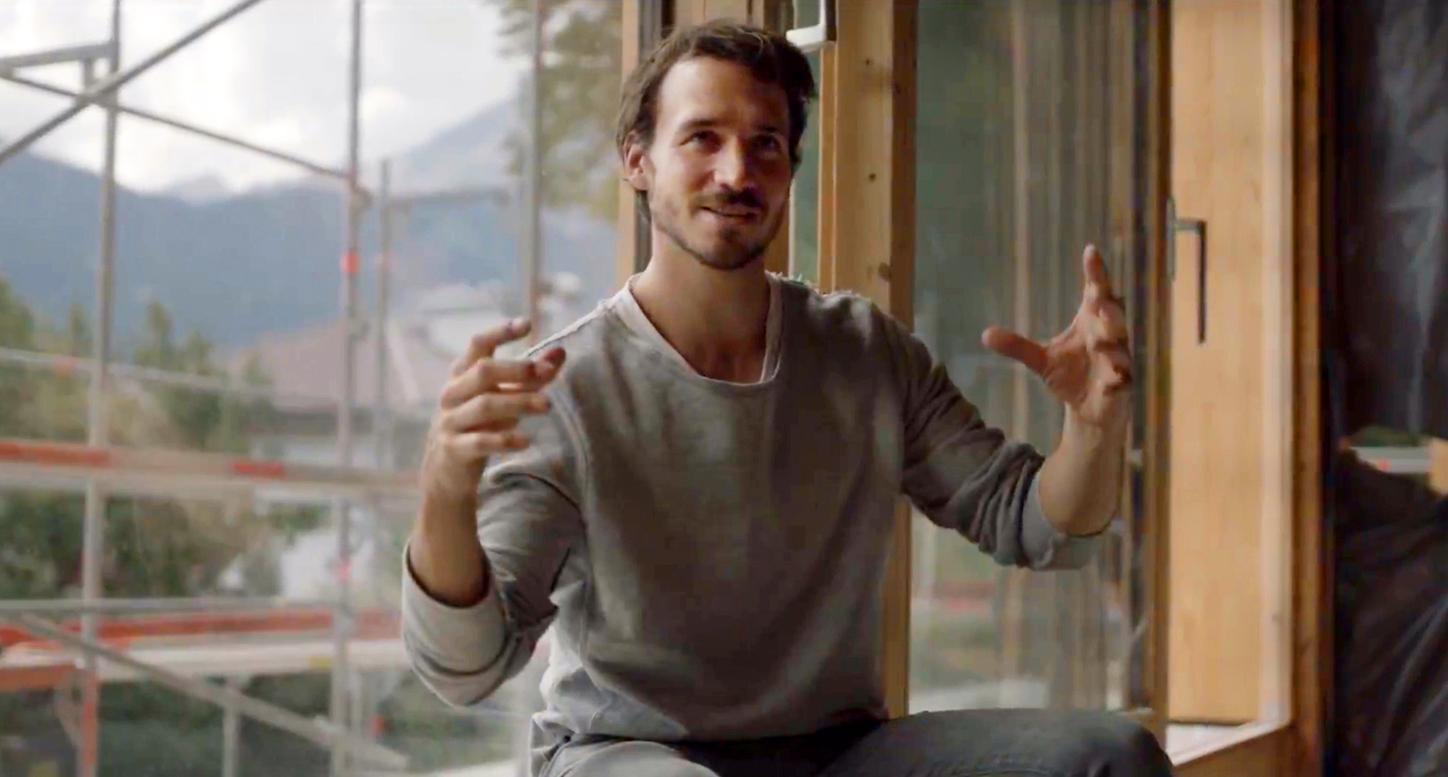 Garmisch-Partenkirchen – Large snowflakes fall silently from the sky. Felix Neureuther’s house and the mountains around Garmisch-Partenkirchen are wrapped in magnificent white in temperatures below zero. Inside it is warm and cozy – not only in the home of Felix and his family, with two small children, but also next door. This is where Rosi and Christian Neureuther, the grandparents, live.

Felix is just starting out in his next career after that as an alpine ski racer. On the ice-hard slalom and giant slalom slopes, he enjoyed countless achievements between 2003 and his retirement in March 2019, the biggest being the gold medal in slalom at the 2005 World Cup in Bormio. Talent is in his blood, as his parents were also extremely successful ski racers. The success of “Gold-Rosi” Mittermaier at the 1976 Winter Olympics in Innsbruck is legendary. She made the podium there with two gold medals and one silver. The 35-year-old Felix is staying loyal to racing and victory ceremonies, but now from a different perspective.

At the beginning of August 2019, he announced that he would take up a new position as a sports expert with ARD and Bayerischer Rundfunk starting with the 2019/20 winter season. On the TV station Das Erste, he will take over from Maria Höfl-Riesch for the Alpine Ski World Cup, which started on October 26 in Sölden. The 35-year-old’s new role includes activities in television as well as radio and online content.

Now, shortly before the next race, he has stopped off at home, where he feels most comfortable, in Garmisch-Partenkirchen. Before that, he – like his parents – spoke in an interview about his new home, about the importance of family for him, and what the protection of nature and the climate means to him.

How did you choose this home?

Felix: “I love not having to depend on anyone, it’s like skiing for me. And this now applies to our house and to our lives. It’s great!”

And what is so special about this new house?
Felix: “The special thing about this house is that it is completely self-sufficient because we generate 100 percent green energy. So, it’s a real eco-friendly house.”

What does that mean for you, Rosi Mittermaier?
Rosi: “Treating everything around us carefully, and appreciating the simple things, that’s one of the most important things for me.”

What role does family play for you?
Felix: “The wonderful thing here is this spot in Garmisch-Partenkirchen itself, the view of the mountains – and practically three generations living together here. The grandparents, us, and our children.”

For me, Viessmann played a major role in building the house because Viessmann is responsible for all the energy aspects.

And how do you benefit from having your son Felix as an energy producer?
Christian: “Felix produces clean energy on his property with the help of his ice storage tank, and we parents use this energy for our heating system and our hot water. Isn’t it fantastic? Just the fact that our son provides us with clean energy is twice as symbolic and special. What more could a father ask for!?”

What do you see as the crucial point?
Felix: “For me, it is very special that I can create warmth for my little family and my parents with the material that has accompanied me from my childhood onwards, in all my races – ice – in my life after racing. I never would have imagined that I could generate heat from ice, but it works. And it delivers the unique message of how easy it is to play a part in ensuring that our world continues to be worth living in, even on a small scale at home. We should all play our part in this.”

The energy system in Felix Neureuther’s house comes from Viessmann. At the heart of the heat supply system is a Vitocal 350-G heat pump (42 kW heat output). This obtains the heat required for heating and water heating from an ice energy storage tank, which is a cistern buried in the ground next to the house and filled with 160 cubic meters of tap water. A total of 18 solar air absorbers collect the heat from the ambient air and solar radiation and feed it into the storage tank.

If the temperature inside the cistern drops to freezing point in winter, the freezing process is used for further heat recovery. This is because the transition from water to ice releases exactly the amount of energy required for the reverse process, thawing. For the Neureuther family’s 160 cubic meter ice energy storage tank, this corresponds to the energy content of around 1 600 liters of heating oil.

Even after the cistern has frozen, enough heat continues to flow from the solar air absorbers and from the ground, so that the Vitocal heat pump can continue to heat the house reliably and economically. So reliably in fact that Felix Neureuther can supply the heat that he does not need for his own house to the house of his parents, Rosi and Christian. A highly efficient Vitocrossal 300 gas condensing boiler (35 kW heat output) is only required when outside temperatures are extremely cold.

Warm in winter – cool in summer

The ice energy storage tank offers a double benefit, as it is not only used for heating in the cold season, but also ensures pleasantly cool indoor temperatures in summer. The heating system conducts the heat from the rooms into the cistern, the contents of which are then regenerated.

In addition to the ice energy storage system, three home ventilation units help to ensure a pleasant indoor climate in Felix Neureuther’s home. The Vitovent 300-W and Vitovent 300-C devices provide controlled air exchange. Stale air is transported outdoors from the rooms and replaced by filtered fresh outside air. As an allergy sufferer, Felix benefits hugely from this, especially in spring when the air is full of hazelnut pollen. In this way, indoor air of the very highest quality is always guaranteed. In winter, these devices also offer the advantage that – unlike when ventilating the conventional way by opening windows – no valuable heat is lost. A heat exchanger transfers the heat from the exhaust air to the fresh supply air.

In the Neureuther house, the sun supplies not only heat but also electricity and thus ensures that the house is largely energy self-sufficient. The electricity generated by 36 Vitovolt 300 photovoltaic modules with a total output of 9.9 kWp is fed into the home network and thus also drives the heat pump and home ventilation units. Each Vitovolt module undergoes a visual and electrical quality test as standard before delivery to ensure consistently high quality. Because of this high standard, Viessmann provides a 12-year product warranty and 25-year performance warranty up to at least 80 percent of the rated output. In addition, all modules have an exclusively positive performance tolerance as delivered. This means up to 5 Wp extra performance per module.