“Viessmann gave me an opportunity based on my character”

Melissa Puryer first joined Viessmann as a recent graduate with an English degree. Five years later, she’s now getting settled into a new role as a Regional Manager, where she hopes to offer her growing team the same generosity and support that she has received throughout her time at Viessmann. 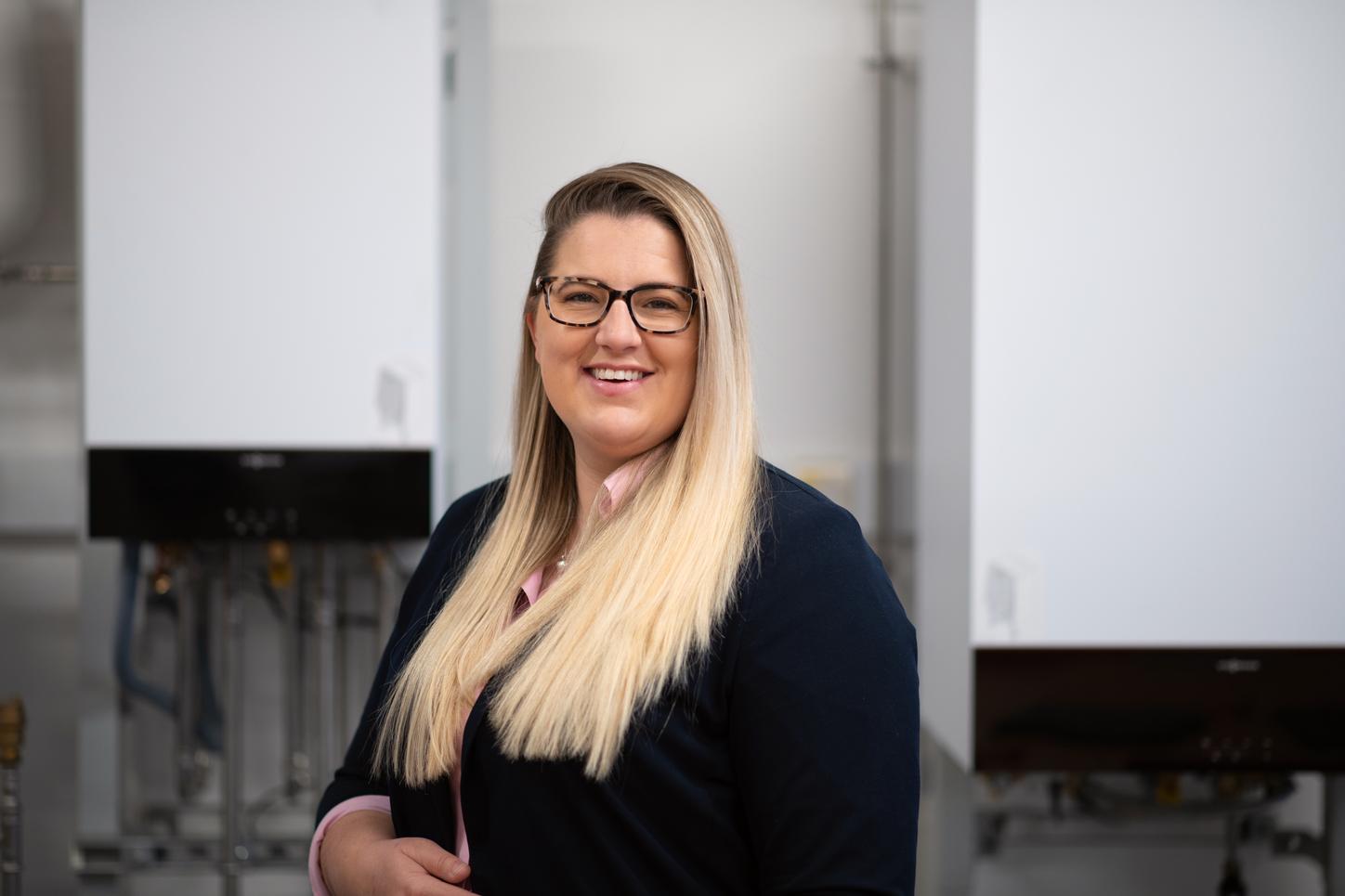 When Melissa Puryer started working towards her English degree at the University of Exeter in England, she thought she wanted to be a teacher. “Fast forward two years into university: I did a work placement at a local school, I decided that teaching was not for me, so I thought, ‘What else can I do?’,” she says. Prior to her studies, Melissa worked in an administrative role at the local sawmills, where she became fascinated with the lives of the field representatives who traveled across the region to sawmills like the one where she worked.

After sending her CV around, Melissa found that prospective employers worried about her being a young mother. She says, “I had a couple of interviews, and I was told that employers thought I was great, but they worried that there was a bit too much commitment for me”. When she met with the Managing Director and Sales Director from Viessmann UK, she noticed the tone had changed entirely: “Viessmann appreciated that I wasn’t going to know everything about the business, and gave me an opportunity based on my character instead”.

Support is the key to success

As part of her onboarding as an Area Business Manager, Melissa received training over 18 months that covered both the full range of Viessmann products as well as general purpose skills including negotiation, client management, and sales. She was also afforded the opportunity to let her existing skills shine: “There are so many different parts of being an Area Business Manager, and my work drew on all those different skills”. At Viessmann, she received the support she needed to succeed. “I had a real driving force – I had the responsibility to provide for my child,” she explains. As a young parent and an employee, Melissa knew that flexibility was crucial. “But that was never a question, and it was never a problem. There was just really great support and trust that allowed me to focus on my sales and my clients”.

After returning from maternity leave for her second child, Melissa realized she was ready for a change. “I’d outgrown the role I was in,” she says. “I needed something a bit more challenging”. When the Southern Regional Sales Manager role opened for applications during the pandemic, she was excited to toss her hat in the ring. “Part of me worried that I was the wrong gender, or 20 years too young,” she remembers. But she knew that she was capable, and Viessmann recognized this too: Throughout the pandemic, Melissa took every opportunity to implement small changes that helped her team adjust to remote work. Reflecting on her recent promotion, Melissa says, “I’ve always wanted to make people’s lives easier, and Viessmann saw that potential”.

As Melissa settles into her role, she hopes to extend the same generosity and support to her growing team. “People have to do what’s right for them,” she says. “For me, it’s just about support and making sure that people are happy, because if you don’t support them, they’re going to disengage and lose their enthusiasm for their role”. Melissa is candid about the challenges she faced as a young woman working in sales – a field that is traditionally male-dominated. She hopes to invest in her staff just as Viessmann invested in her as a recent graduate who didn’t fit the mold of what many people might expect of a salesperson. When describing her approach to management, she says, “Why not just encourage my staff to keep exploring their different ideas and options? If we can support them and give them career happiness, it’s an investment that the company should reward, so why not do that?”

The epitome of success

Melissa’s new role is demanding, but she feels prepared to face the challenge. She says that her colleagues across the U.K. are a perfect support network. “My colleagues give me the trust and the support when I need it, but it’s not pushed on me,” she says. Instead, she has the space to find her footing, and to figure out what works best for herself, and for her growing team. “You’re supporting your team, and they’re supporting you. To me, that’s the epitome of success”.

When she’s not on the road for work, Melissa enjoys spending time with her family, including her 10-year-old son, her two-year-old daughter, her fiancé and her dogs. A lifelong equestrian, Melissa is also excited that her daughter shares her passion for horses. She makes time to see friends and to go to the gym as well, but with work and a family of her own, Melissa enjoys an occasional night in bingeing series.