CO₂-neutral energy source of the future

The goal: climate neutrality by 2045 and a reduction in CO₂ emissions to zero. But this can only be achieved if the combustion of fossil fuels such as oil and natural gas is largely eliminated. Particular importance is attached to hydrogen, the CO₂-neutral energy source of the future.

The energy transition in the building sector cannot be limited to electric heating systems alone, as this would require enormous investments to multiply electricity generation. In order not to overburden consumers and the economy financially, it is already becoming apparent that by 2050 there will be a sensible mix of electrically powered heat generators as well as gas condensing boilers and fuel cells that use hydrogen. Experts attach particular importance to hydrogen as a CO₂-neutral energy source.

Strategies for the expansion of infrastructures

Hydrogen can achieve significant success in reducing CO₂ emissions in the very short term. If 20 percent hydrogen were added to our natural gas - which is already possible in principle today - greenhouse gas emissions could already be reduced by around 7 percent per year. A significant and at the same time rapidly effective contribution to climate protection. Policymakers are therefore pushing ahead with the development of infrastructures for the production, distribution and use of the new energy source hydrogen. At the beginning of July 2020, for example, the EU Commission presented a hydrogen strategy that envisages a major expansion of generation capacities. The German government also published its National Hydrogen Strategy this summer. In it, funding totaling 9 billion euros is envisaged for the targeted further development of a hydrogen infrastructure.

Green hydrogen - what's behind it?

Hydrogen does not exist on earth in pure form. It must therefore first be produced. Politicians and experts are focusing on the electrolysis of water to produce the new energy source. The electricity needed for this comes from wind power and photovoltaic systems, which already produce more electricity than can be consumed on windy and sunny days. This excess electricity is to be used to split water into hydrogen and oxygen. The hydrogen produced in this way, which is completely CO₂-free, is known as "green hydrogen".

See the "Hydrogen Explainer" video about the energy storage system of the future: 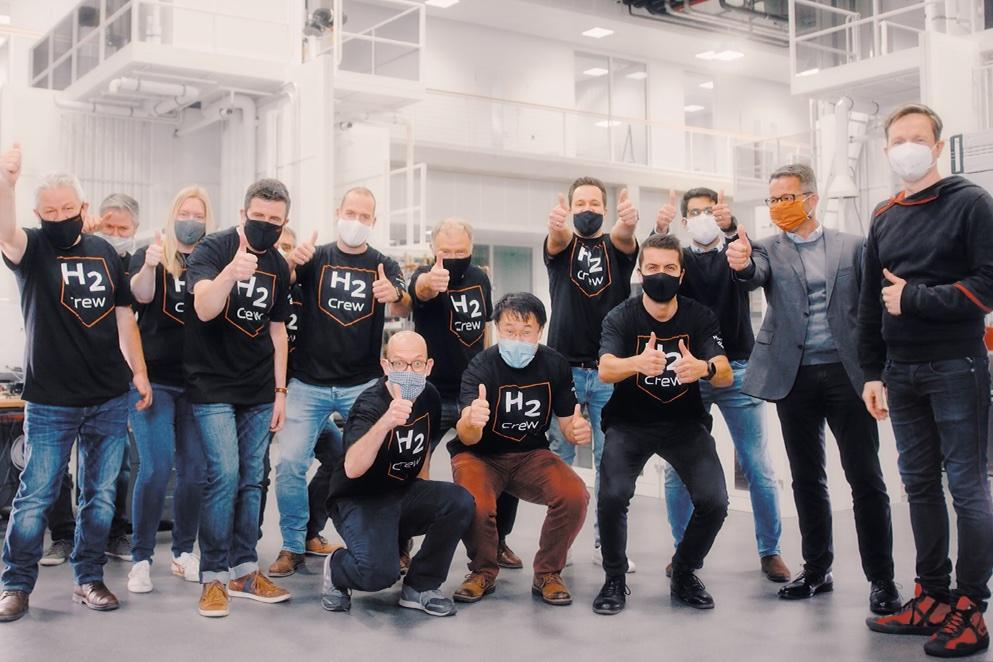 Viessmann plays an active role in the energy transition

As an innovation leader in the industry, Viessmann has already made the safe and efficient use of the new energy source possible.