Hydrogen as new energy source - How will we heat in the future? 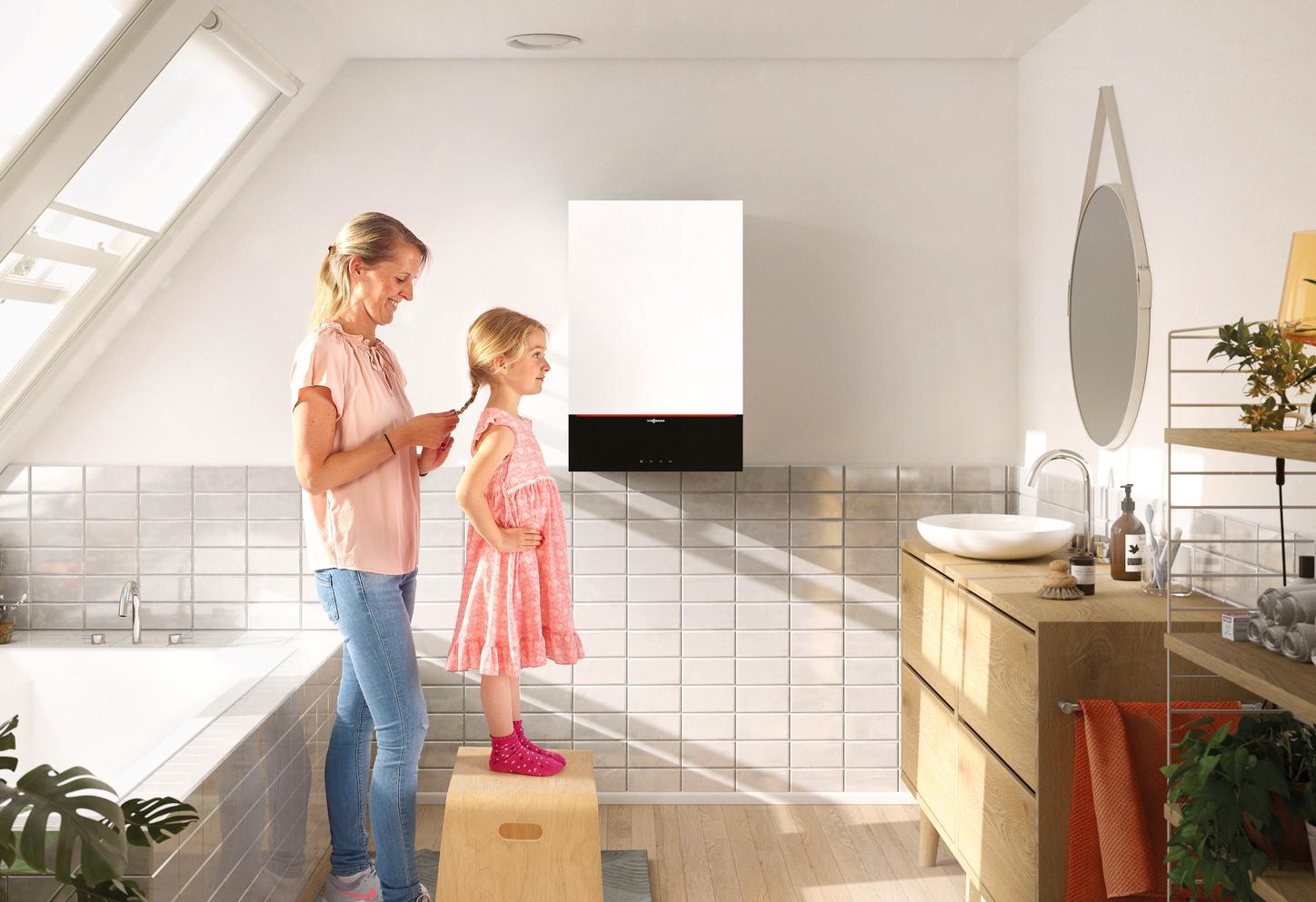 The modern gas fired condensing boilers of the Vitodens 300 and Vitodens 200 families can be operated easily with 20 to 30 percent hydrogen in natural gas. System operators who are currently interested in a new heating system can therefore opt for a future-proof and sustainable heating system today.

Allendorf (Eder) – Politicians in Germany and the EU have set themselves the ambitious goal of becoming climate neutral by 2050 and reducing CO2 emissions to zero. This will only succeed if the combustion of the fossil fuels oil and natural gas is largely avoided. But not every house is suitable for heating with a heat pump or an electric heater. As an innovation leader in the heating industry, Viessmann already has solutions for detached houses and apartment buildings that will continue to guarantee an affordable and reliable heat supply in the future. So, how will we heat our homes tomorrow?

The energy revolution in the building sector - many also speak of the building revolution - cannot be limited to electric heating systems alone, for this would require enormous investments to multiply energy generation. In order not to overburden consumers and the economy financially, it is already apparent today that by 2050 there will be a sensible mix of electrically powered heat generators as well as gas condensing boilers and fuel cells using hydrogen. Artificially produced natural gas - so-called synthetic methane - is also under discussion as a further energy source.

Experts attach particular importance to hydrogen produced in a CO2-neutral way. According to a study by the Deutsche Energie Agentur (Dena), the use of hydrogen in all three major energy-consuming sectors - transport, electricity and heat supply - could save 360 billion euros by 2050. In addition, the new energy source could achieve significant success in reducing CO2 emissions in the very short term. If 20 percent hydrogen were added to our natural gas - which would already be possible in theory today - greenhouse gas emissions could already be reduced by around 7 percent per year. This is a significant and at the same time rapidly effective contribution to climate protection.

This is why politicians are pressing ahead with the development of infrastructures for the generation, distribution and use of the new energy source. At the beginning of July 2020, the EU Commission presented a hydrogen strategy which provides for a strong expansion of generation capacities. This summer, the German government also published its National Hydrogen Strategy. This strategy holds out the prospect of financial resources totaling 9 billion euros for the targeted development of a hydrogen infrastructure. 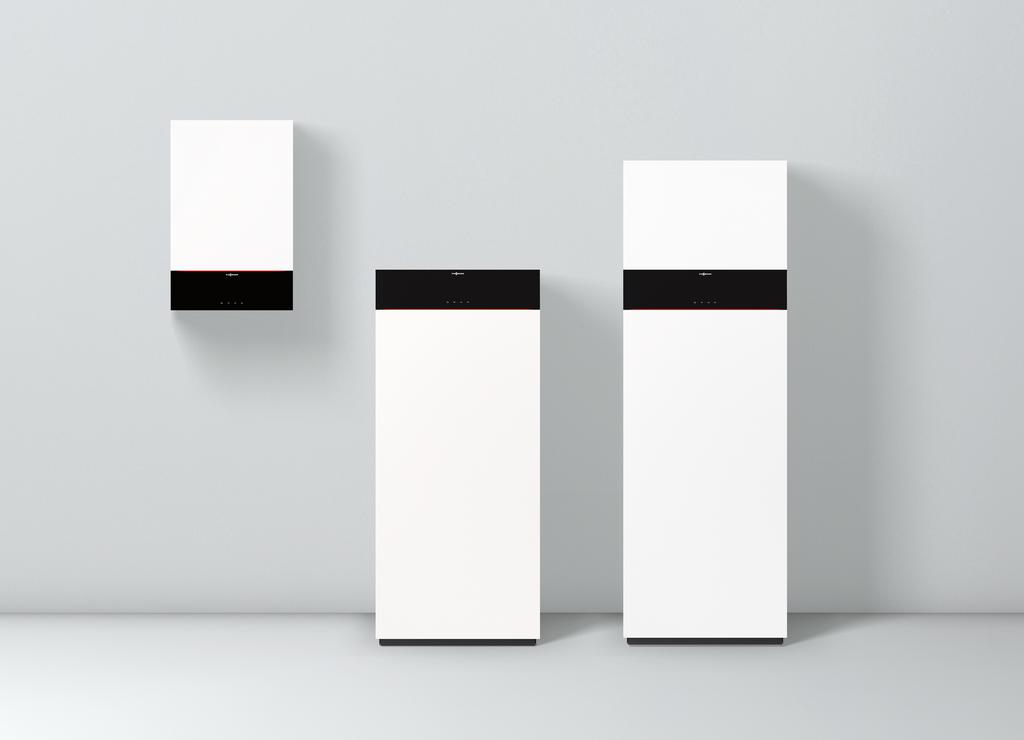 As innovation leader in the industry, Viessmann has already made possible the efficient use of hydrogen for heating today. The picture shows the new generation of Vitodens gas fired condensing boilers for detached and semi-detached houses.

Gas condensing boilers from the innovation leader are already hydrogen-compatible

System operators who are currently interested in a new heating system can already opt for a future-proof and sustainable heating system today. As the innovation leader in the industry, Viessmann, has already made the safe and efficient use of this new source of energy possible. The modern gas fired condensing boilers of the Vitodens 300 and Vitodens 200 families can be operated efficiently with 20 to 30 percent hydrogen in natural gas. House and apartment owners who rely on modern Viessmann technology for their gas heating are therefore ideally equipped for the future.

In order to pave the way to a greenhouse gas neutral future, Viessmann is currently developing an innovative solution with a "H2ready" condensing boiler fitted for pure hydrogen. The appliance is based on proven gas condensing technology and will also be able to run on natural gas or a natural gas/hydrogen mix. System operators are thus independent of the respective supplier and his natural gas/hydrogen mixture. The first prototypes are currently being tested in depth in the research and development center at the company's headquarters in Allendorf (Eder) called Technikum. The devices are expected to be launched on the market from 2024, when the first gas networks for hydrogen will be available in Germany. 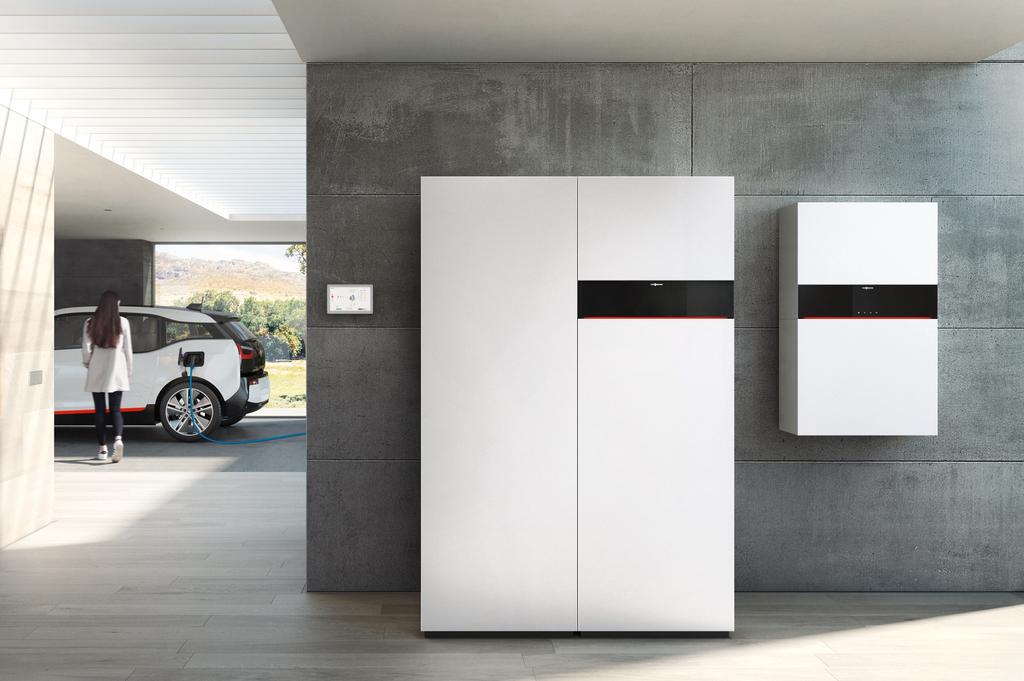 We create living spaces for generations to come

Viessmann gas condensing boilers and fuel cells (center of frame) will therefore also be available for operation with pure hydrogen in the near future.

The most common element in the universe has numerous positive properties. Hydrogen is:

However, the element does not occur on earth in pure form, but must be obtained from water or other hydrogen-containing compounds. In the form of water, it covers over two thirds of the earth's surface. The total water resources of the earth amount to approximately 1.386 billion cubic kilometers.

Politicians and experts are focusing primarily on the electrolysis of water to produce this new source of energy. The electricity required for this comes from wind power and photovoltaic plants, which already produce more electricity than can be consumed on windy and sunny days. This surplus electricity is to be used to split the water into hydrogen and oxygen. The hydrogen obtained in this way, which is completely CO2-free, is also known as "green hydrogen".

According to a recent survey, almost half of all German citizens can see themselves heating with hydrogen. This is because hydrogen burns in a CO2-neutral manner and therefore protects our planet. Viessmann's H2 ready gas condensing boilers can already efficiently convert up to 30 percent hydrogen content in natural gas into heat, thus making them fit for future.