The future is in our hands, and I am ready to help shape it.

For Marketing Manager Sinem Aydın Şener, it is important to work in a company that takes responsibility for future generations. She makes sure that the climate-friendly products from Viessmann are increasingly well known in Turkey as well. 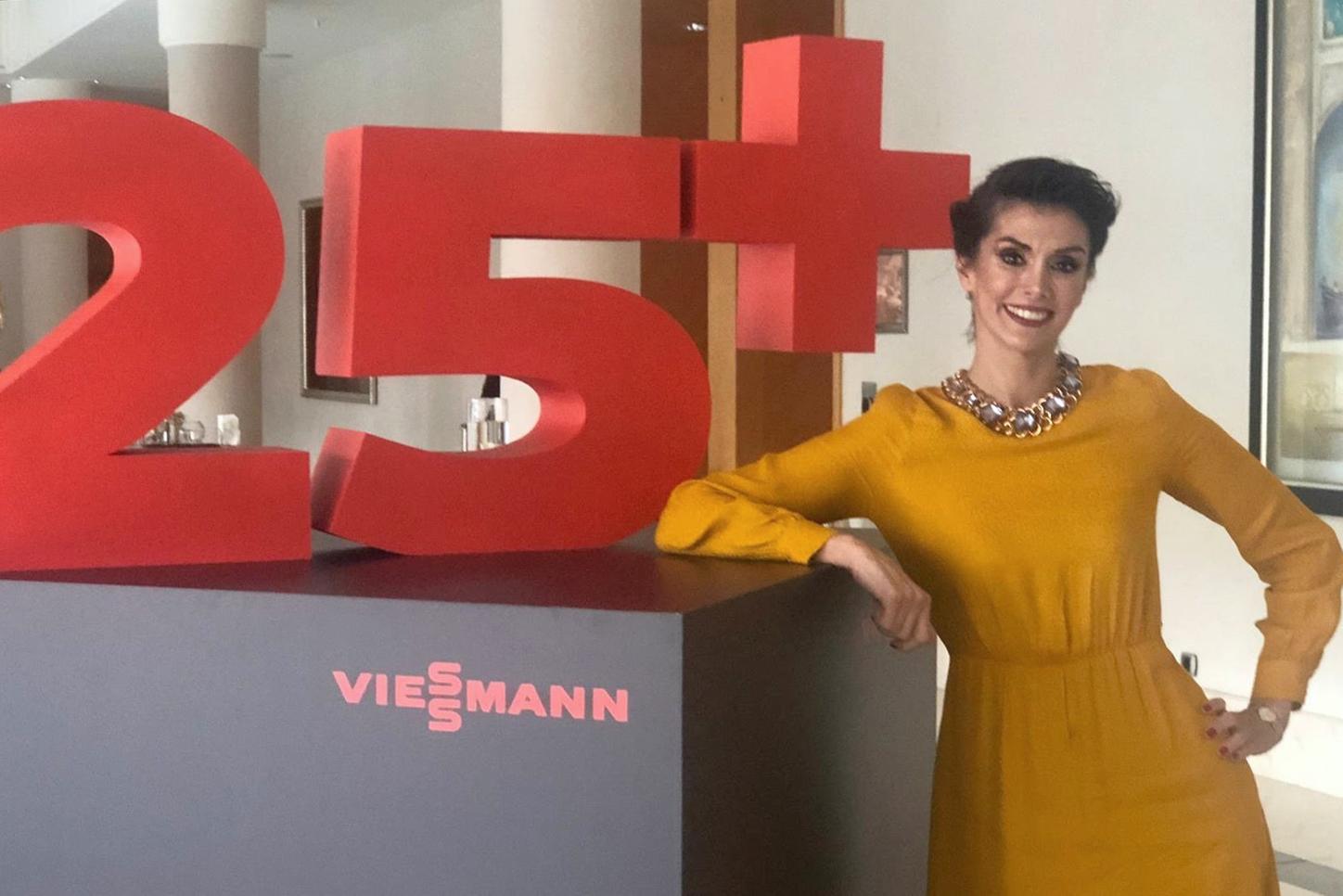 After studying Marketing, Sinem Aydın Şener actually planned to start her professional career with a creative agency in Istanbul. But in the interview, the agency head had a better idea: he arranged another interview for the then 24-year-old with one of his customers. “You should apply to Viessmann, it would be a good match for you,” he said. And so it is. Shortly afterwards, Sinem had a second interview directly at Viessmann, and both sides agreed. “It was very funny,” Sinem remembers. “When I came home, my father said he’d just bought a boiler from Viessmann. ‘They’re good,’ he said.” In October 2004, Sinem started her role as Marketing Communications Executive at Viessmann in Turkey. “This was an amazing opportunity for me because the department was being reorganized,” says Sinem. “There was lots to do and I was able to contribute.”

I am proud that we have anchored the topic of sustainability so firmly in our company.

The biggest challenge for her was that the Viessmann brand was still not very well known in Turkey at the time. To change this, Sinem wanted to draw on the entire marketing repertoire: TV ads, billboard advertising, newspaper ads. However, the company’s marketing vision at that time was largely focused on B2B, in other words business partners. Also, Sinem did not have any templates available for consumer advertising. At the time, there were lots of glossy photos of Viessmann products, but they did not show people using them. “The level of awareness for the Viessmann brand among consumers was limited,” says Sinem. “In consumer marketing, you need to build up emotion.” This is difficult with pure product photos.

All this changed when, a few years ago, Viessmann began to rediscover the challenges of climate change and the energy revolution as an opportunity by not only working on developing particularly climate-friendly solutions, but by transforming the entire company. “This change is happening very quickly,” Sinem notes. “We focus much more on the customer.” The now 39-year-old, who was promoted to Marketing Manager for Turkey four years ago, calls it a new era. Now she has the chance to address consumers directly with her marketing campaigns and to see Viessmann’s products through their eyes. “There’s a great deal to say about our products.” And this is what Sinem does now.

“We’ve always had innovative products,” she explains. “Now we also have more and more innovative and inspiring people in the family-owned company.” Sinem also feels inspired by the company’s new direction. “The future is in our hands, and I am ready to help shape it.” It is particularly important to her that Viessmann offers sustainable products. “I am proud that we have anchored the topic of sustainability so firmly in our company,” says the mother of one daughter. “We take responsibility for the generations to come.” This is important to her. She too thinks about what she can do to make her own actions more sustainable. “My daughter reminds me of this every day,” she says.

The biggest challenge for her today is to reach as many people as possible. Sinem is therefore planning to focus more on digital marketing and to address more and more people with digital campaigns and offers. “The feedback has been fantastic,” she says, delighted. “Viessmann is suddenly everywhere.” And even better: “Viessmann is known for being a green company.” Sinem’s next goal: she would also like to bring Viessmann’s partners in Turkey on board for the transformation process.

We've always had innovative products. Now we also have more and more innovative and inspiring people.

In her free time, Sinem likes to go diving or traveling, she enjoys visiting cities and learning about new cultures. She has also been to Allendorf. “The air quality is good,” is her verdict. It’s a wonderful place for visitors, says the woman from a metropolis with 16 million people.

Find your job with Viessmann