The world is not sparing us.

Before even the fall of the Berlin Wall, Matthias Godzik came from Poland to Viessmann in Allendorf (Eder) and started his first job in the packing station. He now represents the interests of thousands of employees in Germany as Chairman of the Group Works Council. 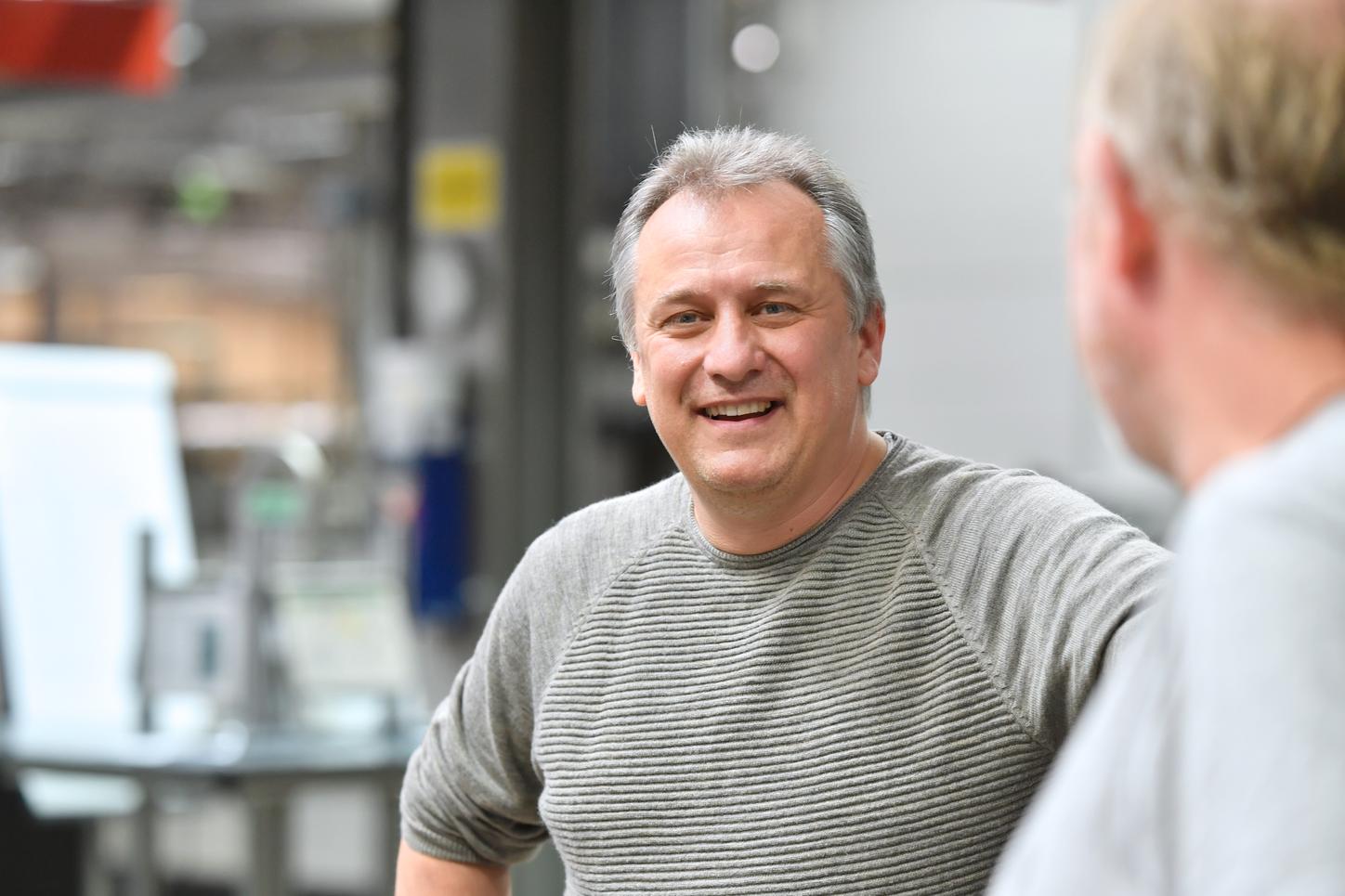 Matthias Godzik believes that business must be there for people. “Only then does a company have a right to exist.” A company like Viessmann, therefore, doesn’t have to worry about its legitimacy. Matthias has experienced firsthand just how strongly the focus here is on people and their opportunities. He was born in Wrocław, the son of a German mother and Polish father. After graduating from high school and obtaining a degree as a civil engineer, he came to Germany at the age of 21. At the beginning of October 1989, Matthias joined Viessmann in Allendorf (Eder) in the packing station. Nobody suspected back then that only four weeks later the Berlin Wall would fall and with it his Polish homeland would also be freed from communist rule.

I have done everything from very easy jobs upwards.

Today, Matthias is 52, he holds a Polish and a German passport, and is Chairman of the German Group Works Council. He started out in Allendorf (Eder) packing appliances, and later he tested the appliances on the test bench. “I have done everything from very easy jobs upwards,” he says. “And I’ve always really enjoyed working with people. That’s what people reward.” This is how he learned about the needs of his colleagues firsthand. His colleagues felt and still feel that they can trust Matthias. He was first elected to the works council in 1996, and has been released from work for this position since 2006.

He is now responsible for around 8 000 employees in Germany. As Chairman of the Group Works Council, he coordinates the work of 15 works council committees, deals with new company benefits and forms of remuneration, mediates between employees and management, and moderates and arbitrates in cases of conflict. “Of course, there are disputes from time to time,” says Matthias. “That’s unavoidable in such a large company. Codetermination is one such recurring theme. But we have always found a compromise.”

He says he communicates with management at eye level. He considers it a stroke of luck that Viessmann has remained a family-owned company and has not become a DAX corporation. “Our channels are shorter, the owners are approachable.” He worked with Dr. Hans Viessmann briefly before he left the company at the end of 1991. “He was the inventive genius who developed many patents,” explains Matthias. His son Professor Dr. Martin Viessmann “has further expanded the Group and brought in the global perspective. He was always a person of respect with the courage to make decisions.” He brought about the first cultural change in the company, dismantled hierarchies, and created a culture of trust: “His word counts,” says Matthias.

Not missing the boat

The recent cultural change was initiated by Max Viessmann, who has been Co-CEO since the end of 2017 and, as Matthias says, “is very different from his father Martin.” Max Viessmann has a high level of digital expertise and acts very quickly. “That’s good for us because the world is not sparing us,” says Matthias. He names technology corporations like Kodak and Nokia that have become obsolete: “But Fuji has broken new ground, even in medicine. It’s the only way it could survive.” New ground at Viessmann means, for example, start-ups and Internet platforms. “Viessmann could look very different in ten years’ time,” says Matthias, venturing a look into the future.

The channels at Viessmann are shorter, the owners are approachable.

Especially since change is part of the company’s DNA, so to speak: “From a small workshop to a global corporation – I’d like to see someone copy that!” says Matthias, not without pride. The real capital of the company is not the technology but the people who create, develop, produce, and sell this technology – Matthias is convinced of this. This is the attitude of management as well. “The employees motivate me anew every day,” says Matthias. “I can learn a lot from them.” If he can make everyone feel better, he is happy with himself. “So far, we’ve always been able to raise our standards a little bit higher.”

Strengthening the sense of community in the company

One important tool to guide employees through the digital change is the company app Vi2Go. “Everything has become very fast-moving. With our central communication app, we can filter out the most important things from the flood of information,” Matthias is convinced. The app provides news from the company and information on health management, but time sheets and payroll accounting can also be managed in the app. “This saves a lot of paper and protects the environment. But above all, this tool strengthens our sense of community within the company.”