I am always looking for new challenges.

Maaz Khan was looking for a company that understands what digitalization means. Instead of Silicon Valley, he ended up at Viessmann in northern Hesse. Here, he works on the strategy to make the family company fit for the future. 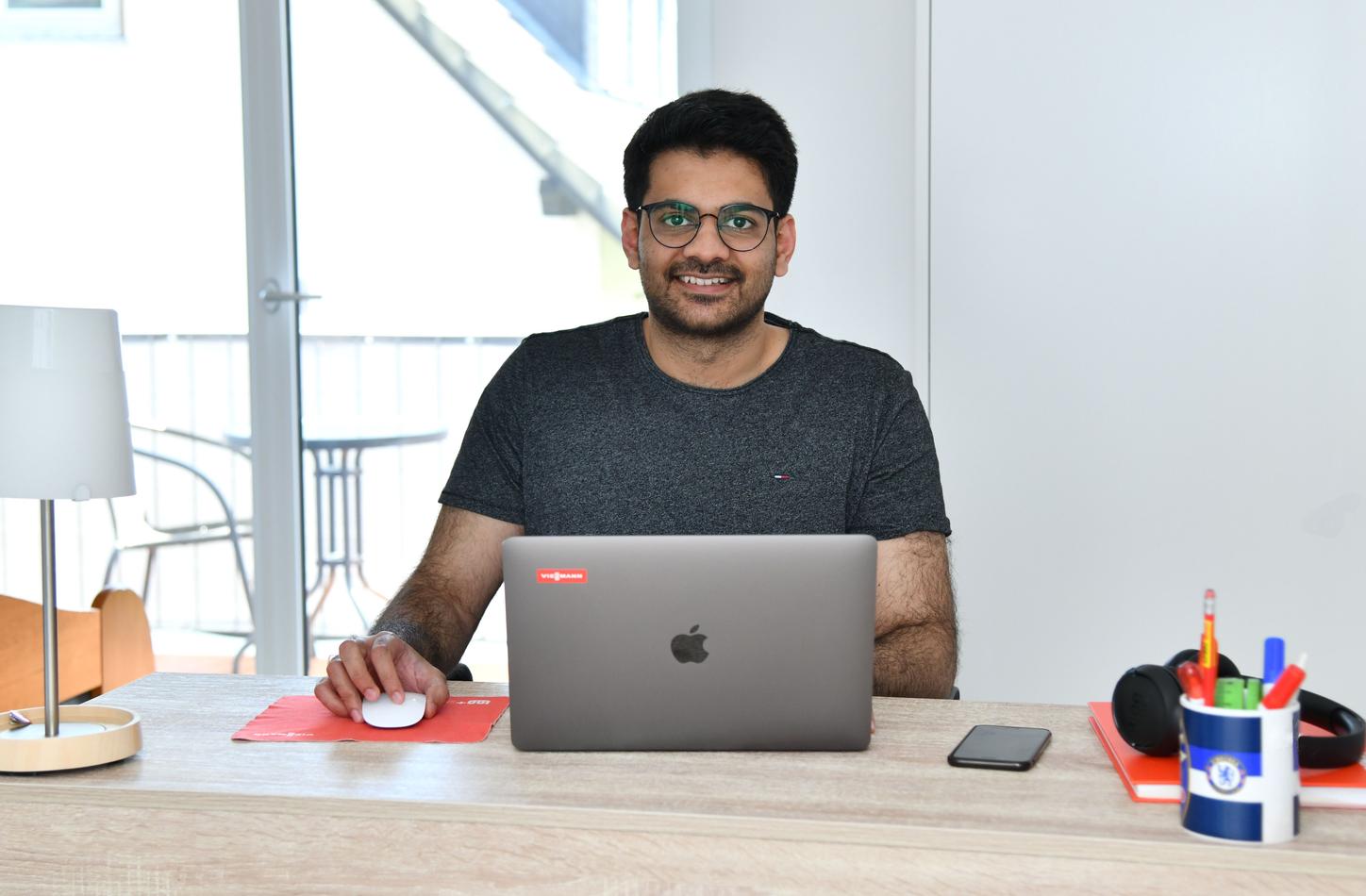 Maaz Aslam Khan has a job that keeps him constantly on the go. He is Strategic Assistant to the CEO, in other words something like the right hand of company boss Max Viessmann. Maaz stresses: “Max is a very active CEO, full of creativity and energy.” Maaz’ task is to “keep all the strategic development threads together at all times.” This too is a challenge in a company that is working to create living spaces for generations to come in times of climate change and the energy revolution.

The transformation is far from complete and here at the headquarters I can simply make more of an impact.

The 29-year-old is exactly where he wanted to be. “I was looking for a company that was fully focused on digital transformation. That’s how I discovered Viessmann,” he says. “Many companies are turning their attentions to this issue. But only a few are pushing it as comprehensively as we are.” There was something else that convinced him to join Viessmann in Allendorf (Eder) in northern Hesse in November 2016, too: “I got the chance to work very closely with the company’s CEO, whose last name was also Viessmann,” says Maaz. “That was very appealing to me.” As Strategic Assistant, he accompanies Max to the weekly Board meetings, for which he vigorously carries out preparations and puts the right topics on the agenda. He then ensures that the topics discussed at the Board meeting reach the right places in the organization and are implemented.

Driving digitalization is his thing

Since Maaz joined the company, English has been spoken in the Viessmann Board meetings. Maaz comes from Lahore, Pakistan, and studied in Turku, Finland, because back then Nokia was the benchmark in mobile technology. He joined Viessmann in 2016 and first of all helped to initiate many things in the Digital Task Force. “We worked on an insane number of projects,” he says. He then took over the management of the internal learning and development program. “We had various training programs, but nothing was digital.” It’s different now: Digital Enablement and Education Program, DEEP for short, is the name of the platform today that provides digital expertise to employees who had none previously.

Later, Maaz was also involved in setting up the VC/O business unit and worked for three and a half months in Business Development. “I helped to develop the focus areas of M&A and PropTech.” Then he moved on to Innovation Management, where his role was to find start-ups that Viessmann could work with. The aim was to positively change the corporate culture and accelerate development processes in open innovation projects.

Maaz’ mission is not over yet

And although many people think more of Berlin than of northern Hesse when they think of start-ups and digitalization, Maaz has stayed in Allendorf (Eder). “I wanted to,” he explains. He has been married since June 2019 and lives with his wife in nearby but even smaller Dodenau. “Allendorf is a great place to work,” Maaz believes. “That may sound crazy to some people. But in Finland I got used to living in a quiet and peaceful environment. I like it here.” But his main reason is: “The transformation is far from complete and here at the headquarters I can simply make more of an impact.”

Allendorf is a great place to work.

Many young people now work in strategic positions at Viessmann. And anyway: “29, that’s not so young anymore,” says Maaz. Every few months he meets with his boss to discuss his personal goals and development. They then set out what Maaz wants to achieve in an Individual Development Plan (IDP). One thing is beyond question: “I am always looking for new challenges.” And he still finds these at Viessmann. His mission “is not yet completed.”